Why Automate? Lessons for Launching the ROI Domino Effect in Your Print Shop

Automation in the print shop is not a new concept. For years, printers have been installing new equipment in an effort to automate different segments of their workflows, hoping to reduce overhead costs and eliminate errors caused by manual touchpoints.

But while printers have been working towards automation for some time, survey results released in 2019 by Keypoint Intelligence/InfoTrends as part of their NA Software Investment Outlook indicate that only 14.7% of print shops say that they’re mostly or fully automated. In fact, print shops are more likely to run with entirely manual processes, with 18.0% of print shops reporting no automation at all. While 67.2% of print shops fall somewhere within these two extremes, one thing is clear: the print industry has yet to see the full benefits – and impacts – of automation on the industry as a whole.

Why is Automation So Important?

To fully understand the importance (and power) of automation, it’s helpful to look at how it has already transformed other industries.

Take, for example, the automotive assembly line. Everyone knows that the emergence of assembly line production was a game-changer for the automotive industry, putting car ownership in reach for millions of people in North America. By the numbers, moving from a manual final assembly process (where workers moved from one chassis to the next) to an automated conveyor belt system (where each chassis was brought to the workers’ station), allowed the time required for final assembly to drop from around 12 hours to under three. As a result, the cost for the Model T dropped from $600 to $360. 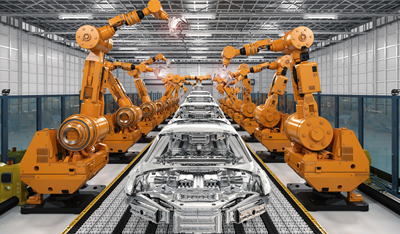 Today, even more sophisticated automation processes can be found in the automotive assembly plant: machines conduct quality inspections on Ford F-150 trucks at a Dearborn, MI facility and are able to analyze 120 points in the cab in about 40 seconds. Try to imagine how long it would take an assembly line worker to conduct the same inspection!

While automotive assembly line automation has been evolving for well over a hundred years, it’s easy to see how similar concepts are informing automation in the print shop, and the potential gains that could be realized.

How does Automation Drive ROI?

As the Ford assembly line example suggests, automation works so well because it gets people what they need, at precisely the time they need it. Bringing this back to the print shop, think about how an order moves through your shop. Do your orders effortlessly flow from one stage to the next, with all the necessary data? Or do your team members need to chase them down or push them through to the next stage of production?

Print MIS is like the automated conveyor belt in your print shop, moving each order to where it needs to be, when it needs to be there and with all the information required to complete the next step, so your team can focus on doing what they do best.

Automation in the Print Shop

In the world of print, the need to automate has gained new urgency based on the top workflow challenges that many print shops are facing. In the same KeyPoint Intelligence/InfoTrends survey mentioned earlier, the most common workflow challenge that print shops identified was dealing with a large number of small jobs. Other key challenges included shortening production times, managing multiple workflows and connecting islands of automation (those one-off automated solutions that have proliferated across the print shop). 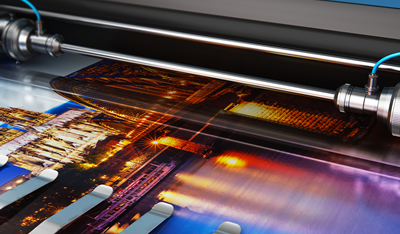 In a Printing Impressions article published in 2017, How Commercial Printers Are Automating Their Workflows, Heidi Tolliver-Walker shares numerous examples of how automation has practically helped out many different print shops. For example, Buffalo Printing, a Western NY state printer, was managing 12,000 SKUs and taking in 200-400 orders every day. Each online order had to be manually re-keyed into their job ticketing system, causing 3-4 day delays (unsurprisingly). Combined with time-consuming pre-press processes, time to payment took 45-90 days.

After implementing a comprehensive automation solution, Buffalo Printing was able to dramatically streamline its processes and timelines, reducing manual data re-entry, pre-press time, and overall time to payment down to less than 30 days. All this, while tripling volumes.

The theory behind automation holds. The case studies are compelling. So what’s the hold up? Why is automation not more widespread?

There’s a remarkably simple answer: time. When we talk to customers who are just starting to look at Print MIS, hoping to truly harness the benefits of automation in their own shops, investing the time and effort to automate and integrate systems is hard to justify on its surface. Margins are tight, and it’s all hands on deck to get existing orders produced and out the door. And as we outline in our How to Implement a Print MIS eBook, getting it done right is not an insignificant endeavour.

Making the Case for Automation

Sometimes, though, it helps to look at how automation is the key to generating improved profitability in the print shop. Print MIS is the business backbone of a well-run print shop. Most providers have five to ten different softwares in place, including web-to-print, production automation, shipping and accounting/business applications. Without a Print MIS, most of these softwares don’t integrate, certainly not with the deep data connections needed for true business intelligence.

When you complete a comprehensive workflow audit (the importance of which was outlined in our blog post, The 3 Things You Need to Know to Deliver an ROI with Print MIS Based on the Experience of Real Print Shops, you’ll see how the time spent on manual processes leads to repeated costs that offer no efficiencies of scale. This data forms the foundation to build your business case for automation.

The Unseen ROI from Automation 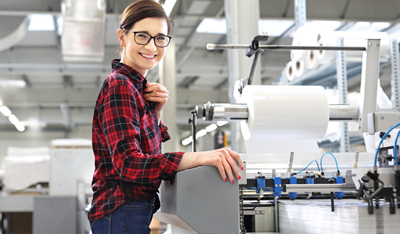 It’s clear that automation smooths work flows in your print shop, generating cost savings and labor efficiencies. What’s not always clear is how automation is really the first domino to fall. Once you start to save time and money thanks to automation, you have the opportunity to leverage those savings and reinvest in new initiatives that can in turn generate greater revenue or improved processes. These returns are often unseen, as print shops attribute the increased revenues or streamlined processes to their direct source. But often, the direct source was itself enabled by the result of Print MIS automation. Automation generates both a direct and indirect ROI, and that means that its benefits can expand far beyond what you originally expected.

If you want to see how Print MIS could automate your business and create an ROI multiplication factor across your print shop, check out our eBook, How to Buy a Print MIS, to learn how to structure your evaluation process for success. 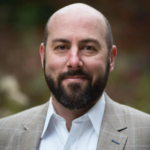 Kevin Shaw is a strategy and operations executive who leads all activities across Marketing, Product Management, and Customer Experience. He is the Deputy to the General Manager and owns Avanti’s Alliances and Partnership Strategy. Prior to Avanti Systems, Mr. Shaw was a senior member of the Global Product and Technology group at ADP, LLC of Roseland, NJ specializing in data analytics products. Mr. Shaw has more than 12 years of Product Management experience with ERP/MIS software firms ranging in size from the Fortune 500 to independent software vendors (ISV). Across various roles, he has driven product vision and strategy, delivered frictionless customer experiences, lead team transformations and determined the commercial viability of dozens of products. Mr. Shaw holds an MBA from the University of Liverpool and is a Chartered Member of the Canadian Institute of Management. He serves as an advisor to several start-up software companies and is an active mentor, coach, to up and coming product professionals.

Join Ricoh experts online and discover new ways to create efficiencies, reduce costs and improve profitability through our software and solutions—visit our entire webinar series to help grow your business.

Save Time. Save Money. Save Headaches. With RICOH ProcessDirector™.